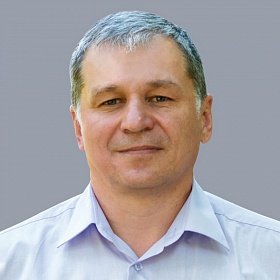 1999 — a mechanic at the crane facilities shop, Metallurgical Holding

1999 — 2000 — a mechanic at the crane facilities shop, Revda Hardware and Metallurgical Works.

In connection with the Steelmaker’s Day he was awarded the Diploma of the Governor of Sverdlovsk region for his high performance, adoption of new technologies, an increase in the output of high effective products;

In connection with the Day of the plant he was commended by the Ministry of Industry and Energy of the Russian Federation for his high performance, a great contribution to the development of steel industry.

This website uses cookies so we can provide you with the best user experience possible. You can find out more about which cookies we use, or switch them off by clicking ‘Settings’. Here, you’ll also find links to Cookie Policy and Privacy Policy, which explain how we process your personal data. Continuing working on our site, only necessary cookies will be installed. Please note that you can withdraw your consent at any time.

Principles, purposes and rules of processing your personal data as well as information on the measures taken for their protection can be found in NLMK’s Policy related to processing and protecting personal data..

Continuing working on our site, only necessary cookies will be installed.

If you don’t agree with the use of such cookies, you can set up your browser to limit or exclude their use. Your browser may provide you with information and control over cookies. You can set your browser to alert you when a cookie is being used, and accept or reject the cookie.